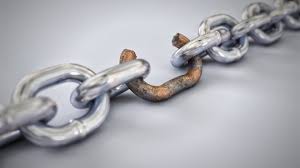 Not long ago, I was speaking with the executive team of a fairly large company. A frustrated CRO had invited me to help, he was struggling to drive some major changes in their go to customer strategies but wasn’t getting executive support.

As timing would have it, the meeting was scheduled a few days after they had announced record growth, both in comparing YoY performance and current year growth. It was a $ Multi-Billion organization. The executive team was, rightfully, proud of their performance.

The CEO set the tone at the outset, “Why should we be meeting, didn’t you see our earnings announcement? We are beating all our goals! We are doing great!”

Not one to be back down from this challenge, I replied, “The performance is fantastic, the team has done well, congratulations are well deserved.”

“But I think you should be doing at least 25% better than you are. You are underperforming your potential! This is what your CRO has been trying to get you to understand and invest in that opportunity to seize that growth.”

I went on, offering my observations on where they could improve. With this company, there were a huge number of great data points. Their win rates were less than 30%, and on their highest value deals, less than 20%. When we compared average deal size for deals won and lost, they lost deals were about twice the size of the deals they won. Then they had service delivery challenges, renewals and retention were good, but about 10 points less than their competitors.

“You’ve been doing very well, but you could be doing so much better!”

As we discussed what had driven their great results, we discovered a few things. First, they were in very vibrant, high growth markets. The demand for their offerings was very high. That was driving both their growth and that of the competition. On top of that, they had some really hot offerings. While I’m overstating it a little, customers were buying in spite of how they were being sold to.

Fortunately, the executive team, while initially skeptical, became very interested in the discussion. We had a productive conversation. The CEO laughed, saying to the CRO, “I need to raise your quota!” The CRO responded, “If you don’t, I will, we can be doing much better–but we need to make some changes and investments.”

While this story is a bit dramatic, I encounter this in too many organizations. We focus so much on the number that we don’t take the time to ask, “Could we be doing more? Could we be doing better? Have we set our sights too low?”

Too often, success becomes our greatest enemy. It breeds complacency. We settle into continuing to do what has made us successful, without recognizing that we live in a world of constant change. What worked in the past, may not be what works in the future, or at least as well. Bill Gates has stated, “Success is a lousy teacher, it seduces people into thinking they can’t lose.”

And, sadly, we don’t discover this until we are in trouble. We start missing our goals, we are no longer as successful as we have been.

Yet, every day, we see the dangers of this complacency. We’ve never seen so much disruption. We constantly see new challenges, new competition, new opportunities. We see our own people looking for different things in how and where they work. Our customers are buying differently.

What worked so well in the past, is highly unlikely to get us where we need to be or could be.

One of the things I don’t hear much about is the notion of continuous improvement. The process of looking, every day, how we learn, grow, and improve. As I look at organizations that are consistently high performers, learning, improving, changing. It’s part of their culture, it’s part of how they work. Instead, too many companies languish in their success until they are less successful. Then they tend to catch up in by trying to make big leaps, calling them turnarounds or transformations. These tend to be driven by crises, because they have been complacent in their success.

We must continue to challenge ourselves to improve–in spite of or more accurately, because of our success!