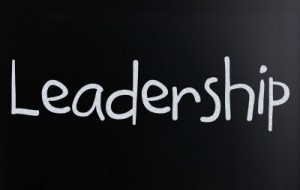 I read a fascinating post by Patrick Lencioni, entitled, Micromanagement Is Underrated.  It’s  a must read post!

No one likes working for a micromanager.  No leader likes being accused of micromanagement.  As a result, there is the phenomenon Lencioni describes as Management Abdication.  Where managers, out of fear of being micromanagers, back off, ultimately becoming disengaged.  To be honest, I think there are a lot of reasons managers are disengaged, this is just one.

There’s a huge amount that can be written about abdication management, but instead, I’d like to focus on the differences in micromanagement and the engaged manager.  They are really quite obvious, but very important.

From the outside, they may look very similar.  They both spend lots of time with their people, but it’s how they spend their time that’s all the difference.

The micromanager is neither trustful or trustworthy.  They tend to see the world and people as it fits their image, not as it is.  They are selective listeners, hearing what they want to hear and nothing further.  They are limited in their ability to learn, and certainly can never learn from their people, because they always know more than their people.  Micromanagers limit the ability for their people to grow, learn and improve their performance because they don’t teach or coach.  They are seldom wrong, it’s people who fail to execute what they were told to do that are wrong.

The interesting thing is their teams never perform as well, over a sustained period of time, as teams managed by engaged leaders.  The micromanager is the person that limits the performance and growth of the team–though micromanagers would never realize this that.

By contrast, the engaged leader is the polar opposite of the micromanager.  They are trusting and trustworthy.  They go beyond listening to active listening and engagement.  They engage their people in conversations that force them to think.  They don’t necessarily know the answers, but even if they do, they know it’s more important to help their people discover the answers.  Engaged managers spend lots of time coaching and teaching.  They are focused on maximizing the performance of each person on their team.

Engaged managers are constantly learning and improving.  They know without this, they and their team won’t continue as top performers.  Engaged manager know there will be failures, they help their people diagnose what went wrong, so they can avoid it in the future.   They don’t seek to assign blame, because they know that accomplishes nothing.  They give their people the credit for the successes and take personal responsibility for the failures.

Engaged managers have high expectations of their own personal performance and that of every member of their team.  They set high personal standards and are shining examples of great performance.  They are collaborative.

Micromanagers and Engaged Managers spend huge amounts of time with their people and teams.  It’s how they spend that time that’s so different and produces such different results.