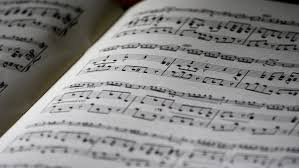 Some years ago, my father was mentoring a young man. My father was in his late 80s, the young man was in his late 20s and autistic. Both shared a passion for music. One day, my dad invited me to visit the young man, let me call him Robert. Robert lived in a special home, when we arrived he was sitting at the piano. He was playing some of the works of Schoenberg. The pieces were very complex, Robert’s playing was beautiful.

I wasn’t smart enough to recognize the talent it took for Robert to play this music, I recognized it was beautiful, but dad heard more. He asked Robert how he managed to interpret the music and play so well. Robert’s answer was stunning, it has always stayed with me:

I’m trying to find the music between the notes, that’s where the magic is.

I understood, what he was expressing was the magic in the way he played had less to do with the notes on the sheet music, but how he played the notes, how he interpreted them and expressed them as he played the piano.

High performers, in any profession, but particularly selling, recognize the “magic” is that which lies between the statements or positions. They seek to engage others in understanding these.

And the worst, are not intent on learning at all, not trying to understand what is being said, but listening with our own agenda.

And in both of these cases, we fail. We fail to connect with others in the most meaningful way.

The magic in collaborative conversations, is going beyond what is being said. It’s trying to find the “music” between the sentences.