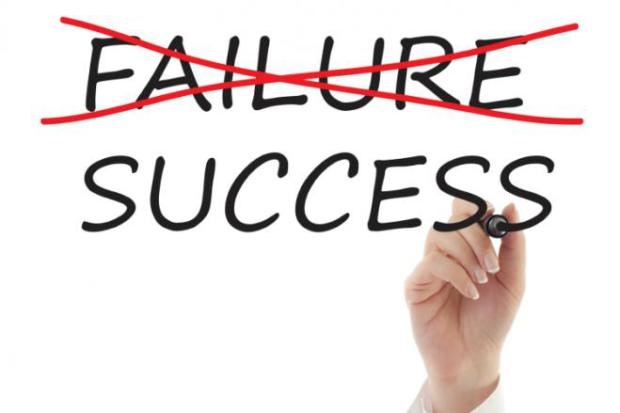 We have very confused attitudes and beliefs about failure and failing. In sales and marketing, specifically, this confusion is somewhat ironic, since failure is such a large part of what we do.

Recently I wrote about a terribly dangerous view about failure: “Making It Safe To Fail, Hogwash!” There’s a lot of social pscho-babble on failure, the thinking parallels the thinking that, “everyone gets a trophy, win, lose, just show up….., it’s the effort that counts!” I, also, suggested a different perspective in, “Making It Safe To Succeed.”

This post will, for the time being, wrap up my temper tantrum on our misguided concepts around failure.

Somehow, there is the concept, “fail fast, fail often.” And there are the usual examples of the thousands of experiments Thomas Edison performed to invent the light bulb, or one’s favorite unicorn CEO and the number of failures that individual had prior to hitting it big.

Yet, none of the people cited as outstanding failures ever set out to fail. I’m certain, Edison would have been delighted if his first, 100th, 500th attempt at creating the light bulb succeeded. Just as, all the others would have been equally happy, if they had succeeded sooner.

The point we miss about failure is these people were committed to succeeding and to doing what it took to succeed. They learned from their failures (and successes), they had the resilience to keep going. Most importantly, they accepted the risks and consequences that accompany failures–even to the point of losing everything. They had a high sense of personal accountability for what they did.

That’s what we miss about failure, we are accountable for the outcomes we produce. There are risks to everything, there are consequences to everything. If we are unprepared to accept the accountability, manage the risks and understand/accept the consequences, we will never be prepared for success or to do the work that being successful requires.

The pundits would say, “we have to learn from failures.” The phrase is great for office posters and coffee cups, the reality is far different. Most of the time, we don’t learn from failure. We don’t take the time to understand, analyze, and develop corrective strategies. We persist in doing the same things over and over, at every greater volumes and velocity.

Our marketing/demand gen/prospecting programs aren’t producing the results we want. Rather than trying to understand why they are failing and improving them, we just do more—because it’s easier. We don’t have to do the hard work of understanding what our customers and prospects are interested in. The incremental cost of doing more is virtually zero, so we choose to fail more, rather than learning and improving.

We see declining performance in percent of people making quota. Rather than analyzing this, understanding what’s happening, taking corrective action, we either do more, or blame it on the individuals-firing them. We churn through people, seeking to produce the results we want, rather than understanding what’s going wrong and correcting it.

50+ percent of sales people not making goal is not a failure of individuals, it’s a failure of management. Yet we seldom take the time to understand this and correct it–giving our people and organizations a chance to succeed.

We see customers, increasingly, looking to learn from other sources. Customers say sales people aren’t useful or helpful. Rather than talking to our customers, learning what they find creates greatest value, and reorienting our engagement strategies to help our customers make sense of the challenges they face, we focus on our own goals/objectives and what is most efficient for us. We continue to blanket customers with approaches that make sense to us, but are not helpful to the customer.

We fail to learn from failure because we don’t want to do the work or accept the accountability for the results we produce. Learning from failure is hard work. It requires thoughtfulness, humility, personal honesty, accountability, and resilience.

While this is, perhaps, a dark view of the world, I wonder if we really are committed to success. We don’t seem to be doing the things that consistently drive success.

What do you think?