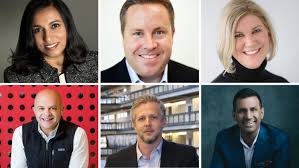 As sales people, we learn that we are to call high. We should be reaching the top executives in the corporation. We believe if only we could reach these individuals, we can wear them down or convince them to buy what we are selling.

Often, we are so focused on reaching that exalted level, we neglect important people at lower levels. We, sometimes, believe that regardless of the decision a buying group might make, we can influence the C-Level to reverse unfavorable decisions.

Certainly, in smaller organizations, C-Levels are involved, purely because of the size of the organization and resources. (Yes, I do have to deal with the people trying to sell us maintenance services, only because there is no one in the company that I can delegate it to.)

But let’s dive into this a little:

First, as an executive, I’m not sure I’ve ever really been the decisionmaker. This doesn’t mean I haven’t weighed in with my opinion, and even argued forcefully. But in the end, the people in the buying group own the responsibility for determining the problem, assessing the alternatives, selecting the solution they think best, implementing the solution and achieving the business results they committed.

The moment, I intercede to change their recommendation, I take the responsibility and ownership away from them and make it mine. A sure path to failure.

Second, as much as we would like execs to care about what we sell, too often, they don’t care and shouldn’t care–even if the decision involves $millions. For example, does a C-Level executive really need to get involved in selecting the components and sub assemblies for a new product that is being designed? The product design/manufacturing/quality teams are much better equipped to do this. Yet each of these components and sub assemblies may involve $millions in purchases.

There are billions/trillions spent every year in transactional purchases. Purchases where there are educated buyers who buy frequently, where the risk is low, where the importance to the organization is low. A friend/client sells soap, soap dispensers, trash baskets and a number of facilities maintenance products. They sell $millions every year, never needing or wanting executive engagement. Instead, they try to make the customer buying process as simple and fast as possible, so the customer can spent their time on the things most impactful to their business.

Even in capital equipment and major services/software purchases, very often the exec simply doesn’t care. This was vivid in an example from a number of years ago. I had just been named EVP of Sales for a technology company. One of my RVPs knew I had a relationship with the CEO of our largest customer (The CEO had been a mentor when we were both at another company). The RVP believed in the advice, “Call at the top,” and asked if I would arrange a meeting with the CEO. While I knew it was wrong, I wanted to support the RVP. I called Mike, saying, “Mike, I’d really appreciate the meeting. I know you don’t care about this, but it will help me in coaching my RVP. I’ll owe you dinner.”

We had the meeting, Mike was very gracious in listening to the RVP. Bill, the RVP, had prepared well, suggesting how an expanded relationship could create great value for the company. Mike listened patiently. Finally, he said apologetically, “Here are my priorities, here’s what I care about, here’s where it is important to invest my time…….How can you help me with those issues, how much of an impact will you have?” It turned out, while we did important things, the impact on Mike’s priorities was pretty obscure.

But Mike wanted to be helpful. He said, “I understand you want to call on the ‘highest’ level possible. Let’s look at the organization to see who might be appropriated (There were over 200K people in Mike’s company). We looked at the organization chart, the highest level that might have a remote interest was 6 levels down from Mike.

Third, buying, particularly for complex B2B purchases is, increasingly, a consensus decision. The research says at least 11 people are involved in most complex B2B purchases. The diverse objectives, agendas, interests, risk management, and change issues, necessitate the involvement of many people across varying functions and levels in the organization.

Fourth: We confuse the approval of the decision, the signing of a contract, the release of funds with decision-making. Certainly, if the buying team has not made the business case, the executive will not approve. It’s our job to help the buying team make that case. But the signature and release of funds is not a decision-making act. Often, corporate governance policies require certain levels or roles for releasing funds. One very large corporation I worked with required board approval for anything over $100K. The board was inundated with approvals for manufacturing equipment, software, services, development tools, etc. The board wasn’t involved in the decision-making. They didn’t have the time and didn’t care to meet with sales people. They just had to fulfill a governance requirement (thankfully, that was changed to $10M.)

Fifth: The C-Level simply doesn’t have the time to be involved in the majority of buying decisions. Let’s run a thought experiment, focusing on sales people trying to reach C-Levels.

There are about 15-20M sales people in North America. Let’s assume 20% of them are involved in complex B2B sales. That’s 4M sales people. All of them believe they need to reach the C-Level. All of them are pursuing multiple deals (10s to 100s). Now let’s look at those 4 million sales people, each pursuing only 10 deals a year (we know it’s much more), and they only want to spend 60 minutes with only one C-Level executive in each deal–no repeat calls, etc.–this translates into 5,000,000 person days of executive time a year. And we know the reality is far higher.

If C-Level is the critical path for all complex B2B decisions, these executives would have little time to do their jobs, they would have to be meeting with sales people constantly.

Executives simple do not have the time we want them to take and think they should take. They are going to invest their time where it’s important and where they get the greatest return on that investment in time–it’s unlikely to be with sales people.

So I’ve gone through a long diatribe, where have we gotten to?

Are C-Level executives critical in our selling efforts? They can be, but then again, they may not be or may not want to be. A universal declaration about C-Level selling can actually be detrimental to what we are trying to achieve.

What do we do? We have to understand how our customers buy the types of solutions we sell. We have to identify who is typically involved, why, what their roles are. In many cases, the C-Level is an important part of the buying team, and we need to get them engaged. Sometimes, however, I think we don’t do the hard work of understanding how customers buy and helping them with their buying process. Instead, we try to take short cuts by inflicting ourselves on the C-Level, making it their job to figure that out.

What about executive sponsorship? Where we can get it, it can be helpful. But sometimes it might not be. For example, in the case of Mike (the CEO) and Bill (the RVP), Mike offered to introduce Bill to the person 6 levels below him (someone Mike didn’t know). Bill wisely declined and said he could introduce himself.

What about “Right Level Selling?” Perhaps rather than grossly generalizing that we need to engage the C-Level in all our sales, perhaps we ought to adopt a philosophy of “Right Level Selling.” That is, identifying all the people with a vested interest in the outcome of a buying decision, developing relationships and working with them. Also, identifying the “executives,” that have a vested interest and some level of engagement, and engaging them—even if they are not C-Levels.

Again, the discussion should be less about gross generalizations about C-Level selling, and more about helping our customers buy and Right Level Selling.