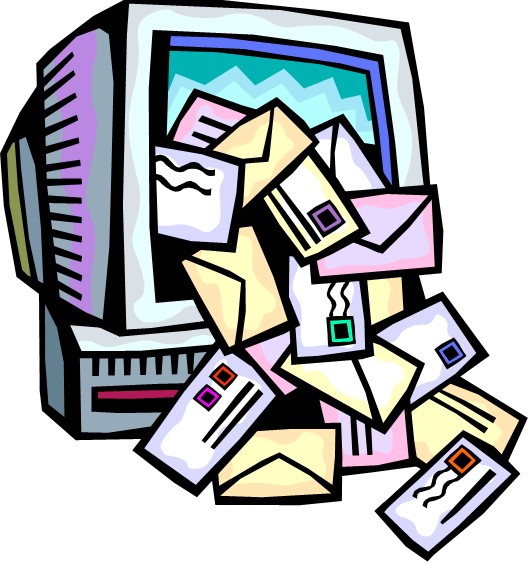 I read an intriguing post from Jim Keenan about Subject Lines That Work For Sales Emails.

It showed an infographic about the subject lines that maximized email opens.  The top 5 are:

The thing that struck me is these are all manipulations.  They are fundamentally oriented to trick the recipient into opening the email.  Perhaps thinking the email was a response to an email originally sent by the recipient.  It raises an issue, Is this the way we want to first engage a prospect?  Do we want to start the communication with a manipulation, a trick, something less than an authentic attempt to communicate something of value?

The good news/the bad news about email marketing, social media, etc. is that it is easy and cheap to reach tens of thousands of people.  We all are subjected to an ever increasing volume of noise and chatter through these technology enabled channels.  While the volume of junk mail in our physical mail boxes is, perhaps, declining; the volume of electronic trash we receive is skyrocketing.  SPAM accounts for the majority of email traffic in the world.  The SPAM filter business is a great business, but it doesn’t capture everything.

The issue each of us faces, is Do we want to participate?  Do we want our personal and company brands to be represented by a manipulative approach?

Think about it, should we be sending unsolicited emails?  If it’s to our opt-in lists, they aren’t unsolicited–so why would I need a manipulative title to get my opt-in lists to open it?  I want an intriguing, interesting title, but once I start manipulating those people who have trusted me by opting in, why do I want to betray that trust?

I still have left the “unsolicited emails” question unanswered.  I send unsolicited emails–I make unexpected telephone calls.  But they are carefully researched, they are focused on something I think the recipient might be interested in, based on my research on the recipient.  And I never send the email or make the call with the intent to deceive or manipulate.  Do I get unsubscribes?  Sure, a very small percent–and I respect that.  We are going to always encounter people who aren’t interested in our views, or us.  That’s part of prospecting.

Then there’s another issue, are we measuring the most important thing?  The survey Jim references only focuses on opens.  Opens are important, but that’s not the key metric.  The key metric is what the individual does after they open it.

Do they read it, realizing they’ve been manipulated by the title, sending it to a junk mail filter?  Do they tuck a little memory of the sender in a corner of their mind, “This person is not to be trusted.”

Do they respond to the call to action?  Do they click through because it was meaningful and relevant?

Our goal is to get people to be interested and engaged in our communications.  The open is an indicator of interest, but it’s what the prospect does next that’s most critical.  The only way we get them to take that next step is through relevant, meaningful, trustworthy communications.

Unfortunately, I’m preparing for the worse.  Sales people will read Jim’s post.  they will miss Jim’s thoughtful comment about the “irrelevance of open rates.”  They will read the infographic–seeing it’s from a credible email marketing company.  They will not pause to think, they will react.  Pretty soon I will be deluged with emails with  subject lines, RE:, RE: Follow Up, RE:  Update, RE: Introduction, RE: Checking In.  But I’m prepared for it.  I’ve set a rule for all of those to go into my SPAM box.  No one that I want to communicate with would ever use a manipulative title.