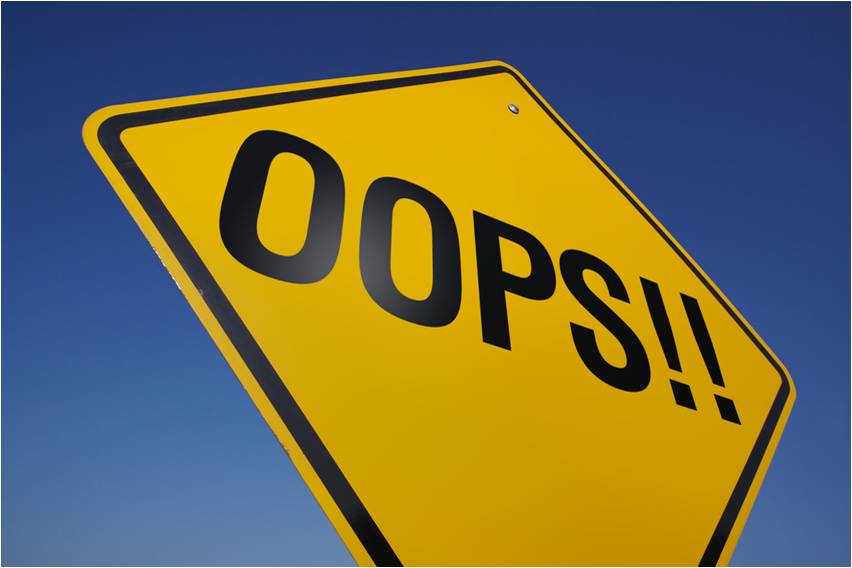 I had a great conversation with a remarkable executive the other day.  We were talking about the sales strategies he had established for his organization.  At one point, he made the comment, “I made a mistake.”

At the time, it seemed like the best decision, but things hadn’t worked as he had anticipated.  In our conversation, there were no excuses, no rationalization, just the simple statement, “I made a mistake.”  We discussed why things hadn’t worked out the way he had hoped, what he had learned from it, and explored options for moving forward.

It was a remarkable, unfortunately rare conversation.  There were no excuses, no blame, no attributions; just the fact.  It was simple and provided great clarity in moving forward.

Too often, the single thing that limits us is the ability to admit that we have made a mistake.  We search for excuses, rationalizations.  We try to shift blame, pointing fingers to the economy, competition, or those “customers just don’t get it.”  Or we spend lots of time and resource in trying to hide it, to mask it, or “sweep it under the carpet.  We waste  incredible amounts of time, resources, energy, and opportunities trying to avoid admitting that we may have made a mistake.

In spite of this, we never want to admit that we made a mistake.  Perhaps we feel that it demonstrates weakness, perhaps it exposes us, perhaps we feel threatened in some way.  Sometimes we’re worried, “what will my manager think?”  or “what will my peers think?”  Sometimes we are too hard on ourselves, we don’t have the ability to forgive ourselves and move on.  Sometimes we just don’t recognize we have made a mistake–we are clueless (but that’s a different post.)

When is the last time you admitted, “I made a mistake.”