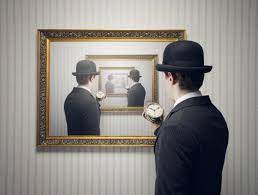 Dave Kurlan went on a fascinating rant on LinkedIn today. You should watch it. But his rant provoked me into making a confession. For years, I’ve had a desire to be unemployed—that is to work myself out of my current job.

Let me be clear, I love working, I can’t ever imagine not working. I’m fortunate to have clients doing fascinating things, solving really tough problems, creating great results. It’s always such a privilege to work with them. I’m fortunate to have these organizations and people continue to reach out to engage me and our company in thinking differently about their organizations, businesses, growth, and how they engage customers.

I’ve often stated, I feel like Bill Murray in Groundhog day (just the fact that I use that example so many times should tell you something). Sometimes I write, “I feel like a broken record…” Again, every time you read this in a post, it should tell you something. Or at the bottom of each post, you’ll see links to past posts, too often with the same title (I’m running out of original titles.)

Perhaps it’s a problem of age. I’ve been through these cycles before, where new generations haven’t learned from the past, so they reinvent what we did in the past. XaaS (Mostly SaaS) is new!! Yet the very first computers I sold in the late 70’s could only be acquired under a subscription model. All the software we sold to run those computers was sold on a subscription model. I was measured on ARR (Actually net incremental ARR). We even had PLG as a focus (particularly when we had hot products.) And it worked until it didn’t and we did something “new.” Yet today, we are “reinventing” and “re innovating” the same old stuff in the same old ways. It’s neither new, different, innovative, but somehow we fool ourselves into thinking it is because we don’t have the historical context and growth that so many other functions have. (Part of the problem is we old folks say, “I remember that in nineteen aught…., and then again in twenty aught,… and then again in……”. To be honest, it’s boring as shit to be solving the same problems in the same ways, and not moving forward.)

My dream is that we, as a professional community, solve these current issues of marketing, selling, value creation. That we, collectively, are doing the things we know we should be doing, the things that create meaning and value to our customers.

I dream of the day, when I never have to talk about these things again, because we’ve solved these problems and have moved on. I dream of the day when we’ve all moved on and are looking at the next issues, the new challenges, learning something new, working on very different problems.

I imagine a day, when this advice, speeches on these topics, the same workshops–shined up with technology are no longer needed, because we, as a profession have moved on. I want to work myself out of that part of my job–become unemployed, so that I can eagerly discover, learn, and work on “what’s next.”

In my work, both in companies and in my consulting, I work with a lot of engineers, manufacturing people, and so forth. So much of the work, what they do and the issues they have faced have changed. The issues I saw them focused on in the past, are very different than the issues that consume them today. The underlying principles may be the same, but they know how to solve the problems they face 10, 20, 30 years ago and are trying to address new and different things. Things they worked on then, which were unimaginable, are ho-hum today, and they have moved on.

Yet in our customer engagement strategies, we seem stuck. Talking about the very same issues, techniques, approaches others taught me way back when. We may have added a veneer of new jargon, we may have added a layer of technology, but it’s still the same thing with the same problems.

Let’s solve these issues, put them in our past, let’s look at what’s next, how we and our customers grow and innovate. Let’s define our new roles and jobs, how we work, the issues we face and not just keep coming back to the same old thing.

Please do your best to help me become unemployed because these things are no longer needed. It will free me up to do something new!