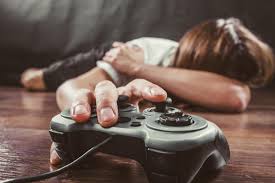 A great client and I were having a conversation about sales performance. He’s the manager of a high performing sales team–but it hasn’t always been that way.

We were discussing the “before” and “after.”

Everything was measured, coaching focused on making the numbers–the activity numbers, not the goals/outcomes.

For a while that approach was OK, they were making their goals. As goals increased, as the inevitably do, activity levels went up. As it became more difficult to achieve the goals, the need for more activity became the focus of managers and sales people.

As my client started diving into the “numbers” and understanding what was happening, he discovered the sales people were playing the game–but not focusing on why the were doing these things or what outcomes they were producing in their activities.

They focused on hitting their daily call number–they were having the right number of conversations, but the conversations weren’t with the right people or establishing need. They were hitting their monthly proposal number, but many of the opportunities were marginally qualified, or opportunities they shouldn’t have been chasing in the first place.

This was a breakthrough finding for my client. He realized they were focusing on the wrong things–or maybe the right things but in the wrong way.

He shifted his coaching, rather than focusing on the quantity of activities, he focused on what the activities produced. The behaviors of the sales team changed. They focused on the “why” they were doing the activity and “what” they and the customer wanted to achieve.

Activity is important for all sales people and managers. But too often, we focus on activity for activity sake, not the results/outcomes these activities are producing. As a result, we drive behaviors focused on the activity and not what the activity produces.

Afterword: The process we put in place with my client was based on the implementation of our Sales Execution Framework (SEF). For a white paper on the SEF, just reach out.