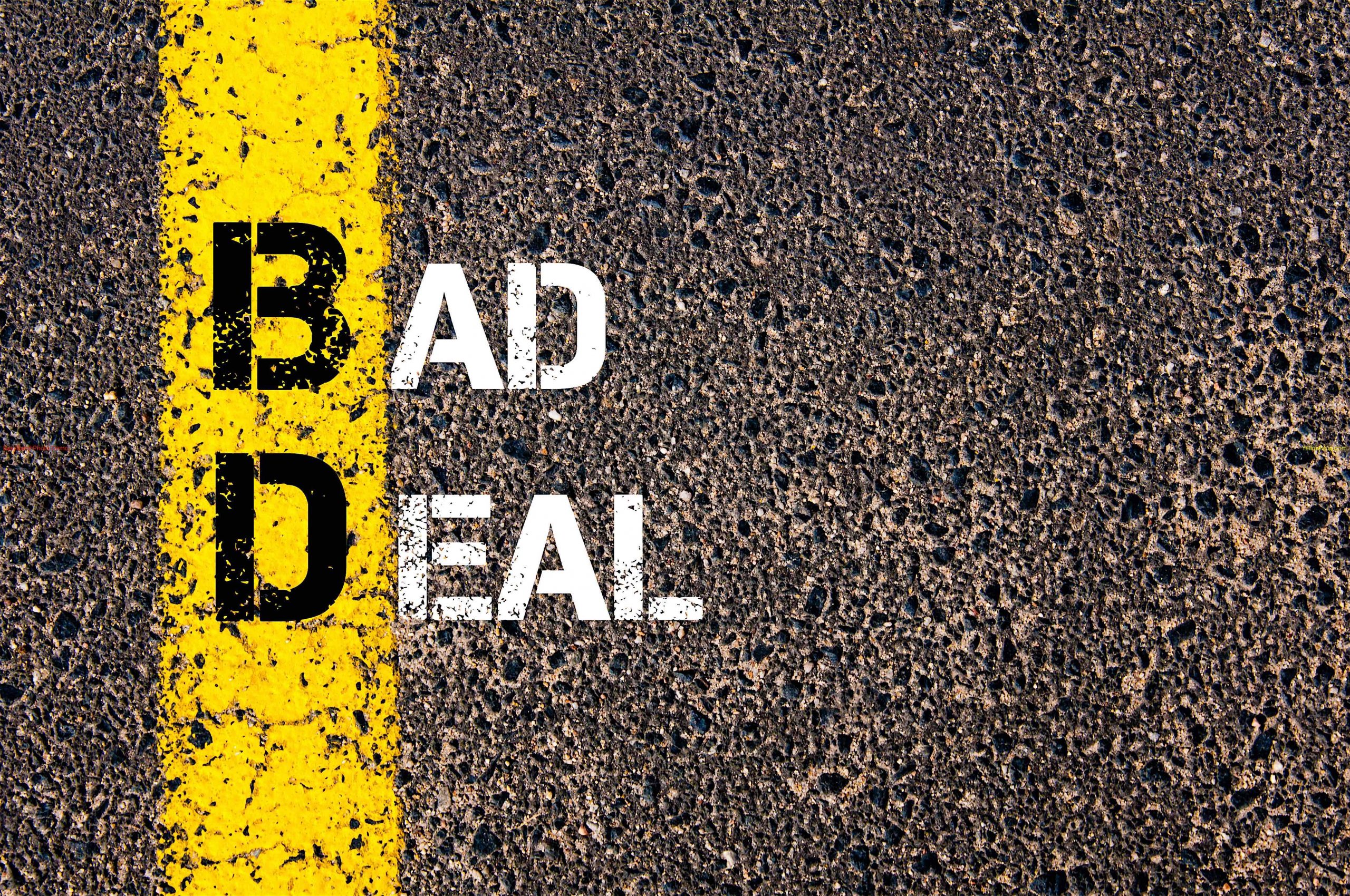 Losing fast, having the courage to walk away from a deal that you are highly unlikely to win is tough for everyone. But it’s actually one of the important things you can do to drive your sales performance.

In the past 4 weeks, I’ve walked away from 2 deals. The first, I knew I could win. It was a very small deal, but the CEO was putting constraints around the project that were unreasonable, they hampered our ability to produce the results he expected. I couldn’t shift his opinions.

Sure, I could have taken his money and delivered what he wanted. But it would have been the wrong thing. He would have been unhappy, his people would have gotten nothing. I knew I could never make him happy, I would waste a lot of time at the end of the project trying to do so. I also knew it would reflect badly on our reputation. The only thing that made sense was to walk (actually, in this case run, but I won’t get into that.).

The second, the client really wanted what we had to deliver. We had worked with them before. They were aware of aware of programs/results we had produced, in a similar area, for their competitors. We have, also, achieved a reputation of being one of the very best in this specific area.

It was a big project, over $1M. But as we assessed the project and spoke to the customer, something just didn’t feel right. The more we learned, it was very strange, the customer had unrealistic expectations of both time and cost. They had put constraints that severely hampered our ability to be successful.

As much as we articulated the value proposition in specific dollars, as much as we discussed the opportunity cost in not making the proper investment; the customer was inflexible in what they were willing to do and pay. They said they were willing to invest only 25% of our lowest possible price. They believed that because they were a giant, and we are a very small company, they could entice us to do business at prices that were less than our costs.

As much as we tried to focus on outcomes, consequences of doing nothing, and results, they would not hear it. One buyer said, “we have to deliver the program, we aren’t responsible for results.”

These were clearly bad deals for us. In both cases the customers will find organizations that can help them.

But they weren’t our deals to win, and our best decision was to walk away as soon as we determined that.

Fortunately, we went into these deals with great skepticism, because of the challenges we saw with the clients. We quickly jumped to the key issues and the client’s willingness/interest in addressing these issues. As a result, we were able to disqualify both opportunities, investing very little time in either.

We wanted both deals, but only if the customer and we could be successful. Seeing the chasm between expectations, we backed out of each deal, before we had invested a lot of time, or were “emotionally” invested in the deals. In doing so, we freed ourselves up to chase other opportunities, with customers that valued what we could help them achieve.

Our mantra is win fast or lose faster.

There are a lot of reasons: bad qualification, wishful thinking, being emotionally attached to a deal, wanting to win at all costs–even if it is unprofitable to actually win the deal, being seduced by the size of the opportunity, and lack of discipline in executing a sales process.

It’s tough to walk away from deals, we are driven to win them. We are often driven by our belief that we can eventually persuade/convince them to change their perspectives. The more time we invest, the more we are emotionally invested and don’t want to walk away from them because of the effort we have sunk into them.

But competing in deals we can’t win/don’t want to win, is a waste of our time. We need to walk away as soon as possible, investing time in the right deals and where customers recognize the value we bring.

I know the clients in each of these cases will spend money. They will find someone to support them. They may get value from those. But these were never our deals and we are far better off investing time in the right deals.

Win as fast as you can, but lose faster!

Afterword: Much of the work we’ve done in analyzing wins/losses has culminated in the development of our Sales Execution Framework. For a copy, just email me.