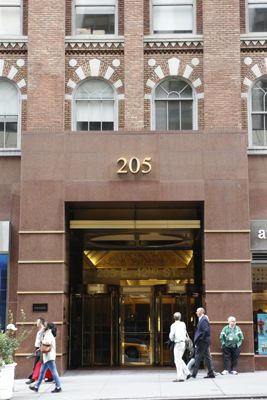 A little over 40 years ago, in mid June, I walked into the lobby of 205 E42nd Street in Manhattan. I took the elevator to the 11th floor and walked in to the reception area of IBM’s NY Financial Branch Office. About a week earlier, I had graduated from UCLA with my MBA. I didn’t take much time off, I was so excited about starting my new job selling computer systems for IBM.

The branch had a little over 100 people, about 40 sales people (they called us marketing reps) about 50 sales engineers, and about 15 support people. The branch manager, Jack, welcomed me to the office. He gave me a tour, introducing me to a lot of people on the way. The office was organized around team. We had several “monster” accounts, there was a team for each of those accounts. Then there was a team that handled a number of large account, but typically each sales person on that team handled about 5-10 accounts each.

After the tour, he took me to meet my manager, Mary Lee. I had met her during the interview process, but we sat down to talk and get to know each other better. She asked if I had found an apartment yet, if I needed help and a place to stay. She told me about the office and, more specifically, about the team she managed and that I was joining. Our account was Chemical Bank. At the time, it was the third largest bank in the US. She told me about all the team members, how we were organized to cover the account and the role that I would have. She assigned one of the team members, Dick, to be a mentor to me, but actually each of the team members mentored me in starting my selling career.

She told me about my onboarding and training program. At the time, it was a little over 12 months. It was split with about 40% of the time spent in formal traiining classes and the rest working on projects on the account, with various team members. I had certain parts of the bank that would be my sole responsibility, and I had a quota for those parts of the bank. It was a little intimidating, but I was anxious to get started, learn, and start booking business.

We spent a couple of hours together. She invited the rest of the team to join us for lunch and get to know each other. It was a fun lunch, I learned that I was the “kid” on the team and would be the victim of a lot of good natured ribbing.

After lunch, she took me to my desk in the bull pen. My teammates desks were around me (they were empty because after lunch they dispersed to go to the account.). My desk was empty except for one thing. There was a sign, centered in the front of the desk:

It was turned to face me.

At the moment, I didn’t think much about it. I had some training I had to get started on right away, For some reason, at some point, I turned the sign around facing outward. Other people walking by could read the sign on my desk.

I was away from my desk, doing something, when I returned, I noticed the sign had been turned around to face me.

This happened a few more times. Then I started looking around the office, everyone had a THINK sign, most were turned to face them, not to face others.

Gradually, I started to understand (I’m slow). The THINK sign was a reminder to each of us. We sold very large computer systems that were the core of the bank’s operations. We were charged both with making sure the customer was producing the results we had committed to, but to explore the account finding new opportunities to help them improve and grow their business.

While we had an immense amount of support, tools, and training, we and our customers faced huge challenges–for which there were no easy answers. As I went through my training, I learned a huge amount about how to sell (I think I went through enough role plays to last the rest of my career). I learned all about our products. I was even sent to banking school to learn about my customers’ business. But the most important skills I developed were curiosity and the ability to “figure things out.”

The message was reinforced in everything I learned, with my teammates, with Mary Lee’s coaching, with every exchange with my customers. It was reinforced constantly, each of us even had notebooks emblazoned with THINK.

Perhaps, developing this skill should be a priority for all of us in 2023.