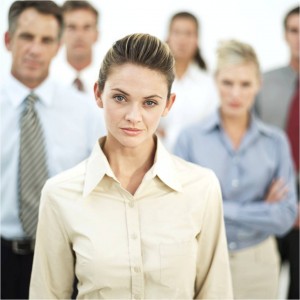 There’s a lot of stuff written about what sales managers have to do and their key job responsibilities.  Some of the laundry list items include:  Make sure the team makes the number, develop the strategy, manage the forecast/pipeline, manage performance, recruit, train, coach, and on and on.

There lots of ways we see managers behaving.  Some seem to think they have to be super sales people–the person that comes in to close the deal.  Others act primarily as administrators, trapped behind a desk, analyzing numbers, internally focused, never out with their people with customers.

All this makes the first line sales manager’s job one of the most difficult and challenging jobs I can imagine.

If you wipe away all the extraneous stuff, the only goal of the sales manage is to develop their people.

I can hear some of the outcries now:

Development of people encompasses all sorts of things.  These include, making sure we have the right people on board, that they are deployed in the territory most effectively.  It includes making sure they have the right skills and capabilities.  It includes having systems, processes, tools, programs in place to support their teams in performing at the highest levels.  It’s making sure they have the right resources and support.  It’s measuring performance, identifying problem areas, coaching and helping the sales people overcome them.  It’s providing the right incentives.  It’s addressing problem performance.

A lot of this sounds like the normal stuff great sales managers do.  But the context is different.  The context of all of these are rooted in the core goal of developing their people.

Without this, it’s impossible to evaluate the right things to do, to set the right priorities, to deal with the conflicts and paradox that happens in every organization.

As the manager assesses the team and each individual, the context of developing their people to perform at the highest level possible becomes the “True North” for evaluating everything, every one, and how the manager invest her time.  Anything that does not contribute directly to the development of her people must be stopped.

Great leaders know this secret.  So while the activities great leaders perform may look the same as their poorer performing peers, the real difference is the clarity great leaders have on developing their people.