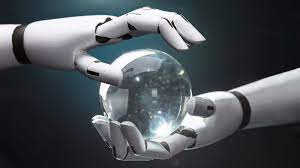 But it seems that revenue is, increasingly, becoming more difficult. Some research is now showing fewer than 40% of sales people making their quotas (one report shows about 29%). So, to make our numbers, we have to count on 30% of our people significantly overachieving their goals.

Other data shows 60% of funded buying projects end in no decision made, which represents huge lost opportunity both for our customers and our own companies.

I talk to executives about forecast accuracy, most saying, “Dave, we’re hitting our quarterly number…” But when you peel that back, looking at deals that were committed to the forecast at the beginning of the quarter to the deals that actually close, I’m finding less than 30% match. That is 70% of the deals people thought they would close in the quarter didn’t; but “new deals,” deals that didn’t exist or weren’t in this quarter’s forecast were closed.

It turns out deals and the revenue we expect from those deals is becoming increasingly unpredictable. In fact, it is beginning to look more like wild-assed guessing.

People may say, “Well we are making our numbers…..,” but there are a number of problems with this. Within our own organizations, we need greater predictability. Imagine, if we build products, and all the wrong parts were ordered. Even if all our products are software, do we have enough of the right implementation and customer support resources.

More importantly, this unpredictability creates lack of confidence within the organization, suppliers, partners, and shareholders/investors. It also causes us to waste huge amounts of time and resources. Think about it. 60% of the deals we commit resources and time to, take no action, though they originally intended to do so.

Most importantly, we may be underachieving our potential. Recently, I worked with an organization who, with pride, declared, “For the past 15 quarters we’ve always made our numbers!” But they were the one’s where only 30% of the deals they committed to close in the quarter actually closed in the quarter. And yet they made their number. Think about the 70% they had committed that didn’t close. What if they could have closed just 50% of those? Think also the business they didn’t forecast, but they were able to find and close? In reality, with the resources that were already working, they had the possibility of closing much more! Then look at doing much more for 15 quarters!

Let me be clear. We will never become perfectly predictable. I can’t even count the number of meetings with my manager or even with the boards of companies I worked for, when I made a commitment, and behind my back, my fingers were crossed.

There is no magic, but some basic discipline and imagination.

We will never have perfectly predictable revenue. But we can and should get better. But most importantly, we need to start performing to our potential, which is always greater than our number.