I saw a post on this topic today.  It caused me to pause and reflect.  I’ve been very fortunate to have had some outstanding mentors.

Naturally, I thought of my Dad and Mom, they certainly are in the top 5.  There have been dozens of people that I’ve considered to be mentors, they’ve been in my life for a period of time, had an important impact.  Some have been very famous in the business world, I’ve actually hung around some pretty cool people who for reasons unknown to me took an interest.  But most of my mentors have been colleagues, managers, friends—even some who I know read this blog every day  (Thank you!).

So as this rush of names went through my head, it became immediately obvious, my best mentor has been—is my wife, Kookie (Ann Marie if you want to be proper, but everyone’s called her Kookie since she was 3 months old).  Now before you think this is some sappy, love story, though some of it is, she really has been my very best mentor.  Somehow she has seen things in me that I never could have seen without her help.

I struggled as a sales person.  I was actually mediocre, probably I should have been fired a number of times but good managers and others saw something in me and kept investing.  But I struggled.  I worked really hard, I did all the stuff you are supposed to do, but selling didn’t come easy.  I remember one performance review, after I’d been selling a couple of years.  My manager had one of “those” talks with me.  She said, “Dave, one of your biggest problems is you take ‘No’ for an answer.”  She was right, too often, I did let things stop me, I took “No” for an answer.  I was devastated.

That’s kind of where Kookie first started having an impact.  She had been a friend, we all hung around in the same crowd and partied, but  I really started taking notice of how she sold.  She was unstoppable.  Fortunately, she had a role, where I could leverage her to help in my accounts.  I started watching what made her a success.  The first thing I saw was that she really cared.

While she’s a compelling presenter–she should have been on stage, her success was driven by how much she cared for her customers.  That she was selling them the right solution, that it worked the way it should.  Every operations manager had all her phone numbers, it wasn’t unusual for her to be called at 3:00 in the morning with a customer asking for help.  She’d always get on the phone and get their problems solved, sometimes going into the data center to help–mostly calming people down, buying coffee for the operations folks and field engineers.

She developed a reputation that everyone knew.  She was interested in her customers, they were interested in her.  She was fearless.  I remember meetings where she went toe to toe with Jack Welch–in his “Neutron Jack” days.  Or meeting with people like Edmond Saffra or David Rockefeller to tell them how to run their banks better  (she was in her 20’s and they were among the most famous bankers at the time.).  The amazing thing is they listened!  They asked her opinions.  We’d go on calls together, I shamelessly copied a lot of what she did, she coached me on things–particularly my fears.  How I could talk to customers, influence them, persuade them.  Most important, that I owed it to them not to take “No” for an answer.  She was generous with her time and advice–not just with me, with everyone she encountered.

We were a long way from any kind of “relationship,” in fact she kept trying to set me up with some cute blondes she knew.  But I really learned a lot about confidence, about caring about customers and others, and about helping people change from watching her.

Some years later, by that time we were married, I had moved on to more senior level management jobs, she had actually left IBM and became a Regional Vice President with one of IBM’s biggest competitors, at the time.  I went through another round of development by watching her as a manager and leader.  She brought the same compassion, humor, and natural way of engaging people, directly,  into her leadership.  She was a tough manager, she had high expectations of everyone’s performance.  But she rolled up her sleeves and would work with them, not taking over, but coaching, helping them develop and execute the sharpest sales strategies.  Her teams quickly became among the top performing teams.  Her people were promoted and went on to bigger jobs.

But what was most compelling was how her teams relied on her was after she left that job.  She’d had 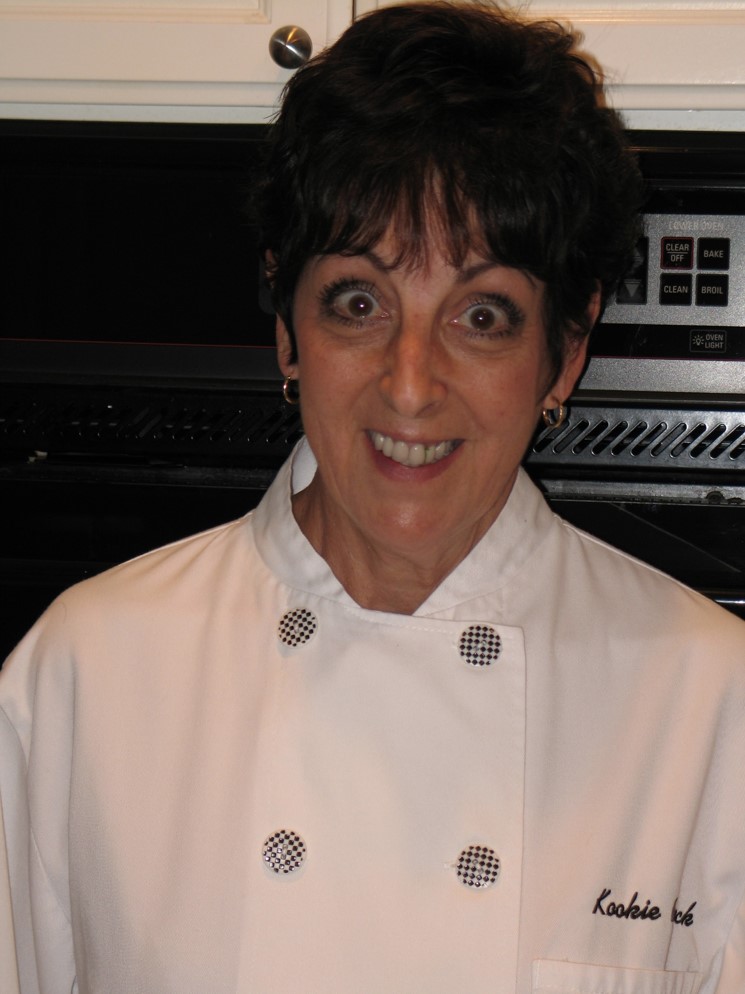 a dream of becoming a professional chef  (Big change from selling $50M systems).  She went to the Culinary Institute to be trained and has been catering and teaching since.  But the interesting thing was the behaviors of the people on her past sales teams.  For years, they called her to do reviews, even though their real manager was doing the same reviews.   Somehow reviews with her were special, “Kookie, I have this big deal going with so and so.  Can I borrow some time to do a deal review with you?” or “My pipeline sucks and I don’t know how to fix it.” or “I have a call on the CEO of (name any Fortune 100 company), can you help me strategize it?”  They knew they would discover something new, find a way through tough issues.

So much of my own leadership style has been shaped by watching her coach her people.  So much of what I believe really about how to connect with people, how to inspire, how to call them on their BS, and how to lead them, is a result of learning from her–though she never “taught me.”  I learned the power of directness.  I saw that in every customer interaction and with her people.  She wasn’t afraid to be direct, she wasn’t afraid to challenge them, she knew people appreciated it only because everyone knew her directness came from caring.

Then, she has always seen a far greater potential in me than I have every seen for myself.  Starting this business is the perfect example.  I had achieved some “success” as a sales and general management executive.  But I would always chafe at working in large corporations.  I remember one evening, after a particularly aggravating day, I was grumbling about work, my future, and so forth.  I stopped for a moment, she took a deep breath and said,  “It’s time for you to shit or get off the pot!  You aren’t doing what you want to be doing.  You have always wanted to start your own business, you can either do that or stop complaining!”  The conversation paused for some time as I absorbed what she said.  I had never realized–or perhaps had the courage to walk away from what I knew to be a sure thing and set out on a new adventure.  I asked her, “Do you mean I can actually do this?  How can I possibly be successful?  It’s such a big risk?”  We spent days talking about it.  She had seen through all the stuff I couldn’t see or was hiding from.  She helped me think about it and put it in perspective, “You can always get a job, you’ve proved yourself.  Why don’t you have the confidence to pursue your passion?  It’s a no lose!”

It’s interesting, today, she still does performance reviews with me.  We talk about what I’m doing, where I could do better, how to continue to achieve my dreams.

Dinner conversations are “unusual”—we do a lot of deal reviews.  We discuss ideas and things I’m struggling with.  Then there are the pipeline reviews—but she’s the chairwoman of our company and wants to make sure I’m earning enough for her to spend.

So I think of how truly fortunate I’ve been with people who have taken interest in me and helped me see my potential.  There are too many to count.  But there’s been one consistent person who has stood out for over 30 years—-all that and a tremendous love affair as well.

Who is your best mentor?