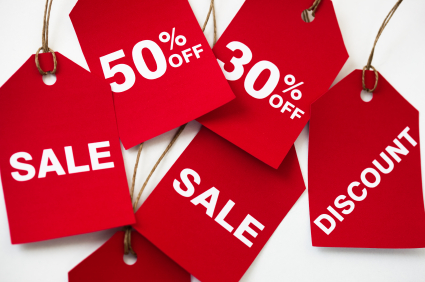 This post should be filed under the “I’m not creative enough to make these stories up. ”  A close friend is VP of Procurement for a very large multinational.  This morning we were catching up on a number of things and he mentioned 3 very large vendor negotiations he had just completed.

I should have guessed what he was going to say when he said, “Dave, when are sales people going to understand price is important, but that’s not the only thing people like me care about?”

He went on to describe the situations.

“Dave, these vendors have been incumbents for years.  They are important to our business (one was a very large software company, the other was a large systems company, the third was a large telecom company).  We’ve made huge investments in each, spending millions on each, every year.  I know we aren’t their largest customers, but we are large customers for each of them.  As we looked at the negotiations–they were non competitive, we were looking at major contract renewals and enhancements.”

I interrupted him, “Well I know pricing is important to you, how much of your strategy was just to beat them down on price?”

He laughed, “Well pricing is always important and we will get the best deal we can, but pricing wasn’t the core issue, and some of the things we were looking for may have required some price increases—we expected that, but the other issues really were important to our operations.”

He sighed saying, “Well you know how this always happens.  Because I was getting engaged in these negotiations the sales teams brought their regional vice presidents.  I didn’t mind that, I thought we could reach agreement really quickly.”

I said, “You have me at the edge of my seat, what happened?”

He laughed, “They made my job really easy for me–but made me really wonder.  Before we even started discussing changes in service levels, things they could do to help improve our operations, the regional managers opened the discussion with the discounts they would offer on our current contracts.  They made the discussion about price–price was important to us, but it wasn’t what was driving our issues.”

I groaned, thinking.  “This wasn’t just a problem with sales people–here are senior managers who only sell on price.  What kind of example does that set for sales people?”

I asked, “I know there’s more, what happened next?”

He responded, “I really don’t understand it, I don’t know why they made it all about price, but that’s what they wanted the discussion to be focused on, so I went with it.  I knew the discounted price was their starting point, so we would close the deal at a price much lower than that.  The funny thing, is we got all the changes in service and support we wanted and ended up at a price far lower than we anticipated.  Our team looks like a real hero to our company!”

He went on, “There’s more Dave.  One of the companies came in with a 70% discount on a certain part of our contract with them.  That pissed me off!  I thought, ‘We’ve been overpaying a huge amount in these past years.’  Also, I now know that at that 70% discount, they are making a huge profit, so it really makes me wonder about our total relationship.  We signed a contract with very deep discounts, but this caused me to rethink our whole relationship with them.  I’ve asked our teams to audit the relationship so that we really understand what we are getting, and what we are paying.  We have new projects coming up, that vendor probably will win the business, but our eyes are wide open about their pricing and margins….”

The conversation went on.  He sighed and chuckled, “I know you always tease me about my focus on price.  It’s our job to get the best value we possibly can get from every other vendor.  But I really wish the vendors wouldn’t make it about price, there’s so much more important to us and our purchasing decisions.”

I really wish I had the creativity to make this story up, unfortunately it’s true.  I know my friend will read this, I promised him I wouldn’t name he or his company.  I also promised that I wouldn’t identify the vendors–each of which is in the top 20, globally, in their industries.

I wish this were an unusual story.  Some part of it (the 70% discount part) may be a little out of the norm, but I see it too often.  Normally I see it from the sellers point of view, where sales people lead on price.  The thing that was surprising, this was Regional VP’s of Sales leading with price!  How do we ever expect to sell value?

Price will always be important.  But it isn’t the only thing that is important to our customers, so why do we continue to make it the most important thing?