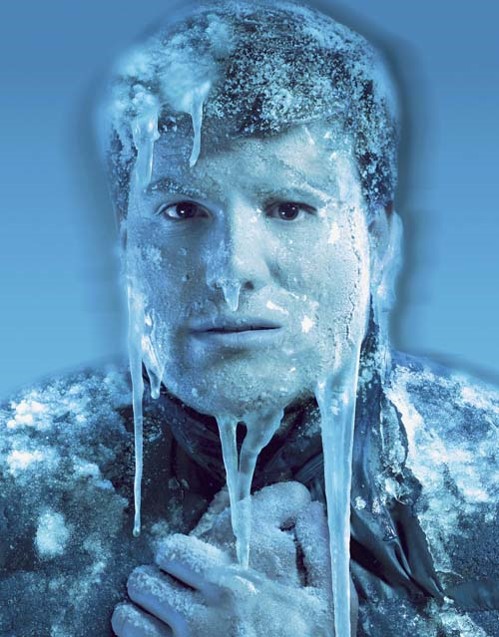 Someone tried to suck me into a LinkedIn discussion on cold calling today. The article declaring cold calling dead was written by a colleague I deeply respect, and I have no disagreement with the points in her article.

By the time another friend tried to bait me into diving into the discussion, it had been live for 18 hours, there were over 75 reactions and over 52 comments, with many very smart and dull people weighing in. Thankfully, I chose not to dive into this masturbatory debate.

But I’ll comment here but not to reach a conclusion. There will be endless discussions about cold calling, simply because it generates so many discussions and so little change in behavior. I’ll look at a variety of aspect of cold calling.

Proponents and opponents of cold calling will show up on every side of each of the above issues, seldom defining what they mean, possibly because it generates lots of discussion, but no change in behaviors.

For every reasoned or unreasoned argument that is put forward, someone will always have a different point of view, and share their personal experience. In the referenced article, one well intended person chimed in, “I made a cold call today and it was very successful.” But in reading it, I thought, “Based on his description, I’m not sure if was a cold call….” Alternatively, I thought, “Well that’s just one, how many do you make that are unsuccessful, what are you doing to generate pipeline?” And then I think, “Does a sample size of 1 successful cold call mean anything?”

Before I go further, I’ll provide my definition of cold calling: It is un-targeted, un-prepared, random outreach focused on pitching a product/solution to someone we may or may not know. It can and does take place across all channels, including direct mail, email, phones, text, social/web based channels. It will occur on every new channel developed. It focuses on volume, velocity, and the statistics based on “a sucker is born every minute.” I apologize for betraying my bias.

Let’s go back into history to think about where the “cold call” might have started, and how it may have devolved.

I think it may have started with door to door sales people. Those sales people went from door to door, talking to people they had never met. But when you think about much of this door to door prospecting, it really wasn’t random or unprepared. They weren’t cold calls, but rather highly purposeful and focused. The old time vacuum cleaner sales person or the Fuller Brush sales person called on housekeepers in neighborhoods that seemed to have the demographic/economic characteristics of their target customers. They had data that people in these communities were in their sweet spot, and would have a higher propensity to have interest and a buying intent. And they didn’t waste time on communities that didn’t fit their targets.

While looking at it casually, we assume those door to door sales people were not purposeful in their prospecting, not prepared, and just calling randomly. They were just the opposite. Of course, every good prospecting approach/channel gets subverted by the lazy and clueless. As more people saw the success of well orchestrated door to door sales efforts, the channel started getting overwhelmed by bad prospecting. People stopped answering the knock on the door. Communities started banning the practice.

As an aside, I have a client that gets great results from “door to door” sales. They just don’t knock on every door. They know who is behind each door they knock on and why they might be interested in talking.

Take direct mail as the next example. Direct mail has been, and can be a very effective prospecting channel. But, as the costs of direct mail plummeted, there was the temptation just to cast a wider, less focused net. Our mailboxes became filled with both good and bad direct mailing programs. Over time, sloppiness and laziness dominated. Even though there are still great direct mail programs, they get drowned out by those who get sloppy and lazy.

The same with the telephone. It used to be a very good prospecting channel. We could reach more of our ICP, more easily, more cheaply, and more effectively (for the prospect and us) than previous prospecting methods. But with the rise of “sweat shop call centers,” power diallers, the incremental cost of 1000 phone calls approached zero. Sloppiness, laziness, absence of purposeful targeting dominated. Today, we have been trained by these people to not answer our phones.

And the same with email. And we will see the same with text messaging. Social channels are filled with the same nonsense. And we can safely assume that every new channel that is developed will quickly become trashed by the lazy, clueless, and manipulative.

“Why do the critical work of segmenting, targeting, developing relevant messaging, when we can just do more for zero incremental cost?”

It becomes, “easier” to do bad stuff, than to do our jobs. And, sadly, while the results aren’t great, they are sufficient to make excuses to management. Even though we see overall declines in performance, too many don’t take the time to diagnose, thoughtfully, and correct. It is just easier to do more, faster, eking out something.

We blame sales people for bad cold calls, or marketing for bad outreach. It’s really a leadership problem. It’s leaders with no strategy other than doing more, with no focus other than an internal focus, and unwilling to do the work to understand what efforts produce results. It is leaders that see zero incremental expense of doing more, however bad the results might be.

We differentiate “cold calling,” which is characterized by absence of focus and discipline from effective prospecting. Prospecting is critical in every sales function. Effective, high impact prospecting, whether to customers we know or prospects we have never met, is highly focused, highly disciplined, well prepared and executed, and always always relevant to the target audience.

But this takes understanding, purposefulness, and hard work.

The Battle Over Cold Calling

Will the endless discussions, blog posts, and books on cold calling end? Probably never, why should they stop. They consume endless hours of meaningless conversations. Few of them advance the state of practice in prospecting.

But they generate views, likes, comments and hours of wasted time. So why stop?