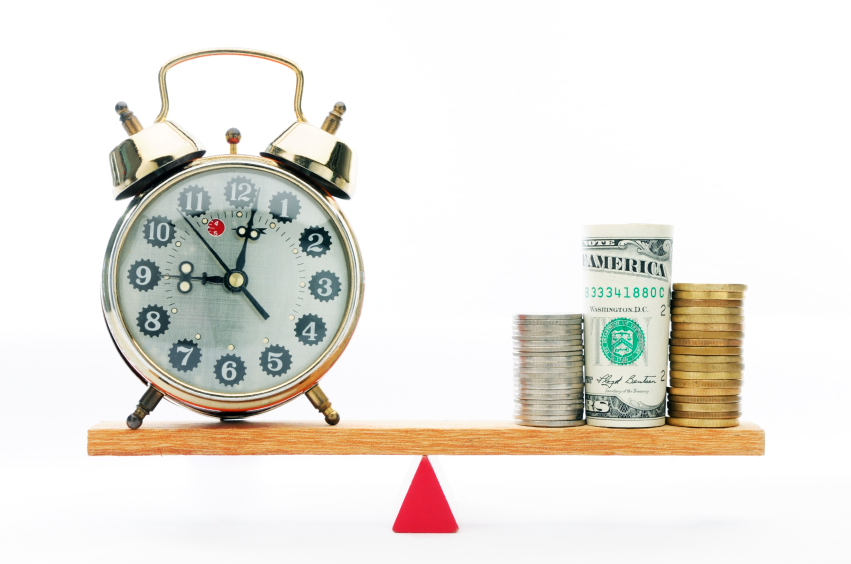 Sorry, I have to admit, I’m letting off a little steam on this post.  I just got off of “one of those” weekly review calls.  You know the one’s I’m talking about.  We are going through the pipeline, looking at each person’s territory, how they’re doing and getting a mid quarter look at what the end of the quarter will be.  There are a few sales people whining, ” You don’t understand the long hours we are working!  We’re putting in the effort!”  But their pipelines are a disaster.  When I looked at the activity, i wasn’t clear how they were spending all that time.  They weren’t making enough prospecting calls, they didn’t have enough meetings with customers.  Somehow they were “busy,” somehow they claimed to be investing a lot of hours, but I couldn’t see the results.  I couldn’t see the activities that lead to the results.

Hold that thought a moment–I’ll continue my rant, but on a different tact.

A couple of months ago, I was meeting with the CEO of a mid sized company.  He was really hands on.  One day, he pulled me into his office, saying, “I really need to talk to you.  I’m upset with my VP of Sales and the way he is managing a few of his people.  2-3 of the guys just don’t seem to be putting in the time and he’s doing nothing about it.”  I asked him to explain a little more, as he was explaining I looked at the performance and pipelines of the people he was concerned with.  The CEO said, “Most of our sales people really need to bust their rear ends to make their numbers.  They work hard, they work long hours.  But these few guys are different.  They don’t seem to be putting in the hours.  They come in at the right time and leave at the right time.  On Fridays, they sometimes slip out a little early, but they really aren’t putting in the time the other guys are doing.  I’m worried they’re slacking off and taking advantage of things, but my sales VP isn’t doing anything about it.”

I replied, “I’m not sure I understand what’s wrong.  The guys you are talking about are among your top performers.  They’ve consistently made their numbers, sometimes, over achieved.  Their pipelines look great, they are doing everything they should be doing, their customers are happy…….  What’s bothering you?”

He replied, “I’m upset they aren’t putting in the same hours as the others guys.”

Hold on to this second thought for a moment.  I have one more problem with “sales time.”

A few weeks ago, I was meeting with a small consulting company.  Each of the top managers was responsible for developing new business, selling, but they were also responsible for managing projects and people reporting to them, as well as billing their time.  They were struggling to meet their revenue objectives, so I asked, “How much time are you devoting to selling?”  They responded quickly,”We  have to bill 70% of our time, so we can only invest 30% o our time selling.”

“But,” I responded, “you aren’t making your numbers.  As a result, your entire team isn’t billing what they should. Shouldn’t you be thinking about how you reallocate your time–or just invest more time?”

OK–I’m off my tirades.  But these are three different examples of problems with how we think of “time and selling.”  They are different problems, with different solutions–the last, is a bit of a challenge.

We need to be as impactful and effective as possible in the time we do spend–maximizing the results we produce.  But we have to produce the results.

So let’s talk about the “hours.”

1.  Sales is not a 40 hour a week job–get over it!  I don’t know any B2B sales professional that can do the job in 40 hours, the realities of our current workloads require most of us to work longer hours.  That doesn’t mean 50-60 hour weeks, unless you choose.  But if you expect to punch a clock, sales is probably not for you.

2.  If you are working long hours and not producing results, then it’s time to really inspect how you are spending your time and your own sales abilities.  Are you working on things that contribute to selling, are you fooling yourself by spending lots of time finding other things to do or making excuses? Are you executing as effectively as possible?

3.  For those rare people that seem to “cruise,” and not break a sweat, more power to them!  I don’t want to have a conversation about the time they are spending.  If they can make their numbers in less than the normal work hours, learn from them!  What is it they are doing that can be shared with the rest of the team?  Clearly, they have broken the code.  I do want to have a conversation with them–but not about their time.  I’d like to talk to them about making more money–not just putting in the time to make their quota, but what about putting in more time, over achieving, and pocketing more in commissions and bonuses?

4.  For the people that wear multiple hats, that have a certain amount of time allocated to sales–that’s difficult.  But one thing to think about–if you aren’t producing sales results, the demand for your time in other areas (say services delivery) will plummet.  Overall team utilization rates will go down.  It’s a difficult challenge.  Can you free more time to sell, by delegating some of your other responsibilities to team members (yes, I know they are busy too)?  Are there things you should stop doing?  Are you using the time you have as effectively as possible?

Sorry, I’m not a fan of watching the clock.  Sales is something that you just have to get done–if you don’t, then you won’t last.