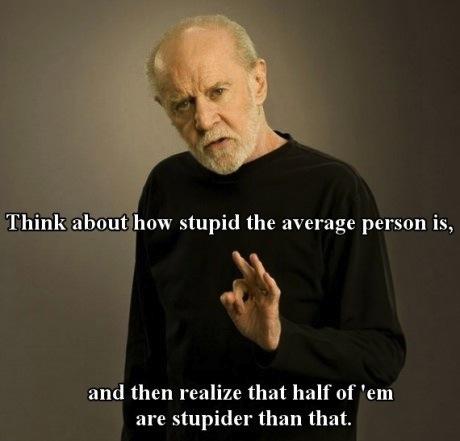 Sadly, every day I see more sales people committed to stupidity. It’s not making mistakes, misunderstanding situations, even some errors in judgement. As bad as those may be, it’s the commitment to being stupid that astounds me.

Stupidity is a choice, and I’m stunned by the number of people that are committed to stupidity.

What makes them stupid?

They could have all been prevented, with minimal work. If a person took the 15 seconds necessary to scan my profile, they would not be caught in a lie. Likewise in Jack’s case, going to his LinkedIn profile (it was a LinkedIn message) or his company web site, or his outstanding blog site, one would quickly understand he isn’t an accountant. All the other examples could have been addressed with a minimal amount of work.

We have endless tools that help us better target and more effectively engage the right prospect–people/organizations within our ICP. We can leverage these tools to improve our ability to target the right person with the right message at the right time. Our companies may even be paying for those tools already, but we never seem to use them (Even the developers of these tools don’t seem to use their own tools in their prospecting.)

Stupidity can get worse. For example, the person calling me suggesting a good friend suggested he call. The problem is that good friend, a mentor of mine, passed away 10 years ago (there is an “In Memoriam” at our website, which, I suspect is how this person got the name). Or those that claim reference accounts, which are not references. Or claims about product capabilities that are simply not true, or….. or…..

We seem surrounded by stupidity and the associated sloppiness (in thinking and execution).

There are problems with stupidity. First, it’s, well……stupid.

Second, stupidity is actually hard work. By that, it requires little thought to be stupid, but being stupid make our work much harder.

Since stupid sales people are poorly prepared and have poor understanding of their customers, for those few conversations they do have, the only thing they can talk about is themselves, their company, and their products. Customers don’t care about that. So to find an interested prospect, they have to have many more conversations.

I suppose I may be too lazy to do stupid things (at least purposefully). It’s too much work for too little return.

It’s somewhat counter intuitive, but focused, purposeful activity works. Restricting our prospecting to people and organizations that have the problems we solve works. Engaging those people in well prepared discussions about their businesses and what they want to achieve creates great interest. Customers want to learn, they want to improve, they want help.

Smart execution is takes much less time for the results produced than stupid/mindless execution. So I don’t get why so many are committed to such hard work by doing so many stupid things.