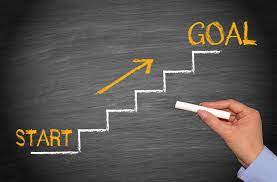 I was meeting with the executive team of an organization. They were proud, as they should have been, of their performance. For the past 5 years, they had been consistently hitting their revenue goal. It hadn’t been easy, but each year, they somehow managed to pull it out and hit their goal.

After congratulating them on their performance, I asked, “Why do you want to talk to me?”

Even over Zoom, I could see them squirming in their seats. Finally the CRO said, “I think we could do better……”

We had a fascinating discussion, it turned out they were significantly underperforming their potential. While they were making their number, they could be doing so much more. We quickly looked at some data–Win rates were around 20%. They were making their forecast, but 50% of what they forecast for a current quarter slipped into another quarter. 27% of deals they forecast to win in the quarter, they actually lost. 30% of the deals they closed in the quarter did not exist (at least in the qualified pipeline) at the beginning of the quarter.

Fortunately, this management team recognized that they could actually be doing much better than they had been. “Making the number,” had actually constrained them from achieving their potential. We started to identify how to improve performance and we established more aggressive goals to start to achieve their potential.

Too often, I see individuals and organizations too focused on “the number.” They are blind to what the real opportunity might be and whether they are performing to their full potential.

Perhaps it’s my odd mindset, but I’ve always felt it’s my “God given right to 100% share of customer and market.” It’s just my job to figure out how to do it. As a result, the focus is less on “the number” and more on performing to our full potential.

I won’t claim to have always made our number, but we’ve done everything we could to do that. At the same time, we’ve never limited ourselves to making the number. When we miss our number, we figure out what we need to do to correct things and improve our performance. When we make our number, we do the same thing, we challenge ourselves with, “Can we do more, is there opportunity we are missing?”

If you aren’t making your number, what do you have to change to achieve it? How do you do it consistently?

If you are making your number, can you do more? What do you have to change to maximize your share of customer and market? Don’t let the number limit you.