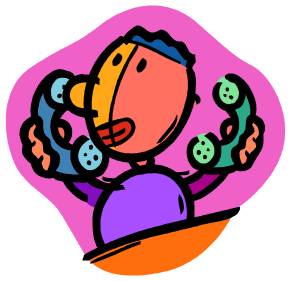 I was really busy, my time was filled.

Excited, I grabbed my brochures to rush to the meeting.

Didn’t know what the customer did, but I’d done 100’s of sales calls before, I figured I could wing it.

I started to present, gave him the brochures, but he asked lot of questions, I didn’t have the answers.  Told him I’d get back to him.

Tried getting another appointment, took 3 weeks.  But my manager knew I had a hot opportunity.

By the time I had the meeting, he was talking to the competition.  He had his answers, he had some new questions.

I asked him to give me a chance.  I told him I’d get right back to him with the answers and a proposal.

Finally saw him three weeks later.  He liked my answers, said he’d gotten two good proposals from my competitors.  He wanted my best pricing.  I told him we were clearly the best, we could give a great price, said I’d email it to him.

I told my manager, we’d get the deal, just had to come up with the right pricing.

I emailed the pricing, then called to follow up.  He wasn’t in, I left a voicemail.

I called to follow up, I left a voicemail.

I called again, starting to worry.

I finally reached him, he said he had selected another supplier, but thanked me for the proposal.

The loss was painful, I really needed that order.  Had to get things going.

I told my manager I was busy, that I could recover and make my numbers.

I reached for the phone and started to dial