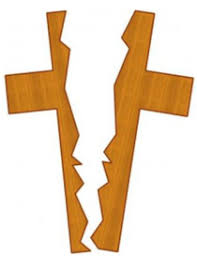 Perhaps I’m an alarmist, but I’m starting to see the early signs of a schism between Sales Enablement and Sales.  It’s displayed in a number of subtle, perhaps, unconscious ways—“us and them” in conversations rather than “we.”

In other moments of either honesty or frustration, it is one organization saying, “We would be so much more successful, if it weren’t for ‘them.'”   I want to be clear–I’ve heard this from both sales and sales enablement people, accusing the other.

There are debates with strong positions on either side, “SE professionals should have carried a bag….”  or “SE professionals require very specialized skills that sales doesn’t have,”  or “A good performance management consultant can better assess the sales function than someone with sales experience…”  and more.  There’s merit in each of these positions, but the fact these conversations are happening with people clustering at opposite ends of the argument is worrisome.

There are other worrisome signs—spending on SE increasing at a rate greater than revenue growth.  Increases in spending on SE, yet not seeing the concurrent increases in percent of sales people making quota.  SE metrics are getting disconnected from Sales’ metrics.  It’s important to see what SE is doing, the number of new programs, the utilization of those programs, and so forth.  But they seem disconnected from revenue generation, sales person turnover, sales person performance.

If the goal of SE is to help improve the performance/effectiveness of sales people, then shouldn’t SE metrics look at the impact of these?

There is a tug of war on coaching.  SE claiming responsibility for coaching, implementing coaching tools.  But what about the Front Line Sales Manager?  Sadly, too many are delighted to surrender that to SE–but they weren’t coaching anyway, so at least some coaching is being done.

SE is very busy, SE has a big job and too much on its plate.  But the unintended effect of this is an increasing distance from sales people.  I often ask, “How often do you spend time traveling with sales people, watching what they do, understand the challenges?”  Too often, SE professionals are too busy with their own jobs.  And a small number look at me with some disdain, their expressions betraying their opinions.

There are even serious discussions among SE professionals about, “Should we have people with sales experience in SE?”  Too often, I get the sense these professionals think SE is too important to be left in the hands of sales people.  One comment I read was, “Why would we want those people who aren’t doing well to be part of SE?”

At the same time, I see mirrored behaviors from sales people.  “These programs, these workshop waste my time!  These tools are too complicated….  I wish they’d just leave me alone and let me sell.”  The complaining and whining at all levels of the sales organization is endless–and most often groundless.

I tend to be schizoid in my own position, siding in some arguments with SE, and in others with Sales.  However, if I am to be completely honest, I find myself falling on the side of sales most often.  But that’s because we aren’t seeing improvements in sales performance and it’s so critical!

Are you seeing the same things?  Am I imagining these?  Am I too biased to sales?

Both functions are vital to our organizations achieving their goals.  Both must be in lockstep on priorities, methods, and objectives.

Hopefully, if this schism is happening, we wake up to it and reverse this course quickly.