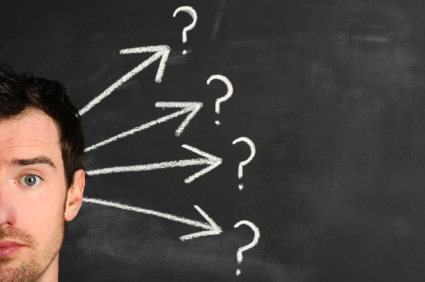 We want to focus our sales strategies on the Decision-maker.  Some have referred to that person as “VITO,”  the Very Important Top Officer.

Sales trainers tell us to call high, in the quest for finding the decision-maker.  We talk about gate keepers, influencers, recommenders, technical buyers, financial buyers, and any other label we can find.

Finding the decision-maker is tough!

Part of the problem, in complex B2B sales, there is seldom a decision-maker.  According to CEB, there are 5.4 decision-makers involved in today’s consensus sale.  Even then, they have a very difficult time coming to agreement.  CSO Insights reports only 45.9% of forecast deals actually close (in a win or loss).  That’s forecast deals, so pipeline deals look even worse.

There are a lot of things driving the consensus sale–some good, some….well.  Many of the decisions our customers are making are very difficult decisions.  They are trying to solve complex problems that span many parts of the organization.  More people are involved, more people need to be involved.  People are concerned with risk, they can’t afford to make a bad decision, organizationally or personally.

As my friend Donal Daly often points out–for us it’s only a win or loss of a deal.  For the customer, a bad decision could cost their job or have serious adverse impact on company performance.

More decisions are being pushed higher up the food chain for final approval–not so much regarding selection of a vendor, but for whether that’s a part of the business top management wants to invest in.  After all, they are trading investments across all functional groups and the whole organization.  Upgrading the company cafeteria may (and has) take priority over major manufacturing, engineering, software, systems investments.

Our challenge is even greater.  Once we have found those decision-makers, we have to help them buy.  Each one has different priorities, goals, agendas.  As they work as in a group, power and influence will ebb and flow depending on the dynamics of that group.  So facilitating their decision making process is critical—helping them decide how to decide–then helping facilitate the decision itself.

I’ll pause here, I’ll be writing more about this in the future, but I want to shift a little.

If we reflect on the complexity of decision making, and the increasing trend of “consensus buying,” then contrast that with many of the deals we see, something’s off.

In too many deal reviews, I see sales people focusing on too few people.  Usually, it’s our buddies and sponsors, even though they may not even be part of the decision-making group.  I challenge sales people, “For a decision like this, why aren’t there more people involved?”  The response is usually a frustrated, “Trust me Dave, She’s our guy!  We just need to focus on her, she will make the decision.”

Often, those are the deals that I later lead the loss reviews for.  We know it can’t be one person.  It may not be 5.4, but a number of people will be involved, and it’s our job to find those people and work with them.

Sometimes, I talk to a sales person who has had too heavy a dose of “Vito.”  That person will say, “He’s the top exec.  He’ll stuff the decision on the organization.  We don’t need to worry about anyone else.”  I’m sure sometimes that happens, but I think it’s rare.  I’ve been VITO in a lot of very big decisions.  I’d never stuff a decision–my people have to live with it, they have to buy into it, they have to make it work.  If I don’t involve them in the decision, if they aren’t totally engaged and aligned, we fail–I fail as a leader and business person.  So smart VITO’s never stuff a decision.  They may exercise a lot of influence, but they recognize it’s their teams that have to make it successful, so they push the teams to be deeply engaged.

So if you have a deal, and you think you are dealing with the one person–the decision-maker, know that you are likely to be wrong–even if the customer tells you, “I’m the decision-maker.”  Keep searching, there are more, it’s your job to find them, work with them.

If you are a manager, reviewing deals and your team has identified the decision-maker.  Suspect they haven’t looked hard enough, coach them on who else might be involved, challenge them to look for the real decision-makers.