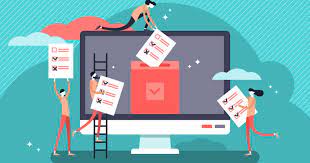 What does this question even mean? Yet it had generated 875 votes, 137 “likes,” and 39 comments–my favorite started with, “You are playing with people…..”

I continued scrolling, the next asked, “What’s the most difficult job, SDR/AE?” The only reasonable answer is “It depends….” But is that the most important thing to be asking about sales performance or how to excel in each role?

In reality, I don’t think I’ve ever seen a LinkedIn survey that is meaningful–but the LinkedIn algorithms favor surveys, promoting them in feeds. And too many people have too much time on their hands to get engaged in meaningless conversations.

It seems posting strategies are more designed around maximizing the leverage from the LinkedIn algorithms (or whatever social platform) rather then meaningful learning and discussions. But that’s because we’ve been conditioned to measure success by views, likes, comments.

We see the techniques change. It used to be a writing style called LinkedIn “bro-ems.” Those seem to be passe now. Others highlight the names of people with large followings/high visibility–because this creates visibility with the people that follow them.

I’m sure that soon, we’ll find algorithms that move away from surveys to something else that generates numbers.

We are driven by maximizing the algorithms, and less by creating meaning or value for readers.

We tend to measure success by volumes and velocity, and not the outcomes we create.