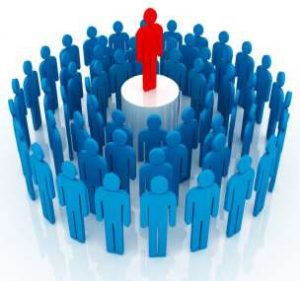 As I think of these articles and dozens of others on other leadership qualities, I wonder if we make this far more complicated than it need be.

The authors of these articles are just describing behaviors they see in leaders, attaching multisyllabic words to them (because that’s what writers and consultants do.).

But at it’s core, one of the characteristics of great leaders is that they are human.  Somehow, leaders and followers seem to think leadership is different, that leaders are on a pedestal and are somehow different–perhaps more superhuman than we mere mortals.

But when I look at the great leaders I’ve known (and I’ve been blessed to have worked for some and been around a number of inspired leaders), what strikes me most is their humanity.

They are no different than any one of us, they are simply human.

Yet somehow, we tend to treat people in leadership roles as something different.  And too many in those roles want to think of themselves as different–perhaps better than others.

They are in their jobs, supposedly, because they have the skills, attitudes, behaviors. capabilities to be excellent in those roles.

But isn’t that what we expect of everyone in each job, whether they are leaders or not?

Rather than suggesting behaviors leaders must adopt, wouldn’t things be much simpler if we just expect leaders to be human?

Rather than leaders setting themselves apart from everyone else, what if they recognized they are just like everyone else and started acting and behaving as human beings working with other human beings?

Somehow, this notion seems much more simple than all the other things, like demonstrating vulnerability, and so forth, that we talk about when we talk about leadership.